VIEWS ON THE NEW UNIVERSITY TITLE FROM OU COMMUNITY

1. Why is Retitling necessary? (in Chinese)

2. What is the consultation process? (in Chinese)

3. What is the process for nomination of new titles? (in Chinese)

4. How to select the new title? (in Chinese)

5. What are the characteristics of the new title? (in Chinese)

6. When will the new title take effect? (in Chinese)

After 30 years of rapid development, The Open University of Hong Kong (OUHK) has gone through remarkable changes. A recent review indicates that the University needs a more appropriate title to better reflect its current status, focuses and strengths, and to facilitate its further development.

TRANSFORMATION OF THE UNIVERSITY 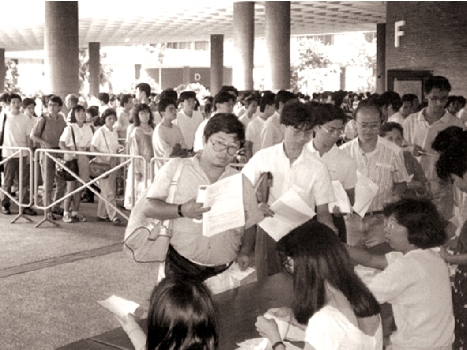 OUHK, formerly the Open Learning Institute of Hong Kong, was established by the Hong Kong Government in 1989 with a mission to offer open and distance education, primarily to cater for the educational needs of the society at that time. University title was attained in 1997. 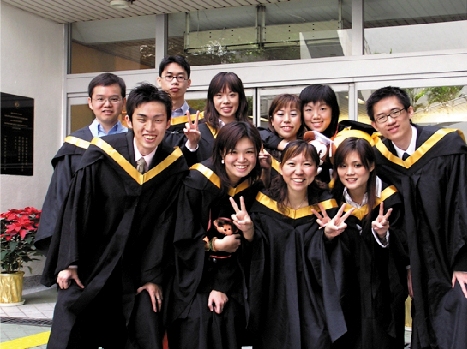 rank 6th in HK in terms of full-time undergraduate enrolment

MISCONCEPTIONS ABOUT THE EXISTING TITLE

Despite the transformation, many people still perceive OUHK as a purely distance education institution, partly because of our success in offering such programmes in the earlier years, and partly because of the title of “Open University”, which places us in the generic category of universities established for offering open access education normally through distance delivery mode. This has posed challenges and hindered further development of the University and its graduates.

In 2019, the University decided to explore this important issue of retitling. A series of consultations with students, alumni, staff members and others were conducted in 2019 and early 2020. Views collected in the various consultations are mostly supportive of a change of the University title to better reflect our unique characteristics and strategic focuses and to further the University’s development in the years ahead.

MISSION AND STRATEGIC FOCUSES OF THE UNIVERSITY

Over the years, the University has been committed to advancing learning, knowledge, and research that meet students’ learning aspirations and offering innovative, practical and professional programmes to meet the changing needs of Hong Kong.

Examples of OUHK’s signature programmes with a practical and professional focus: 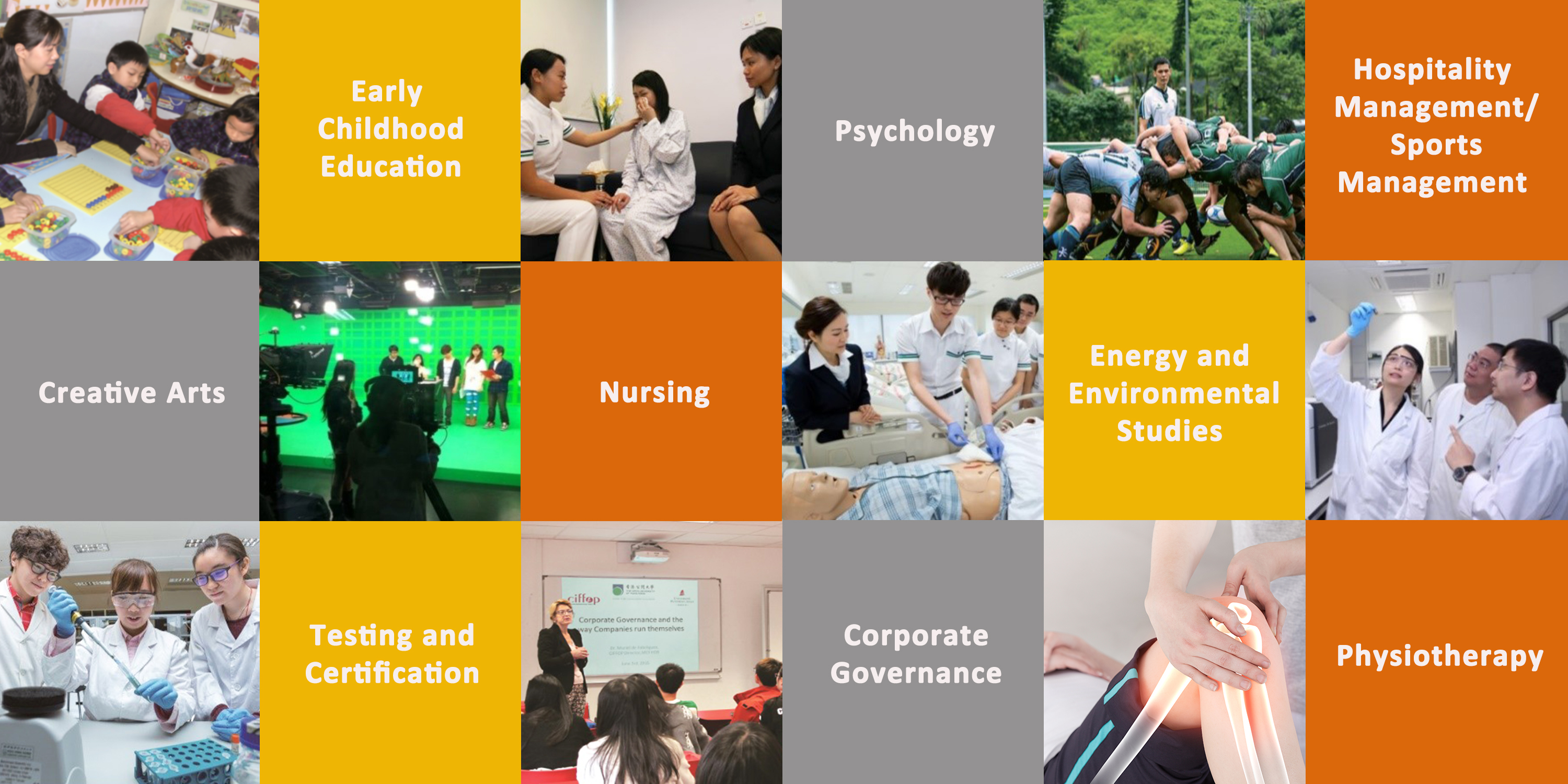 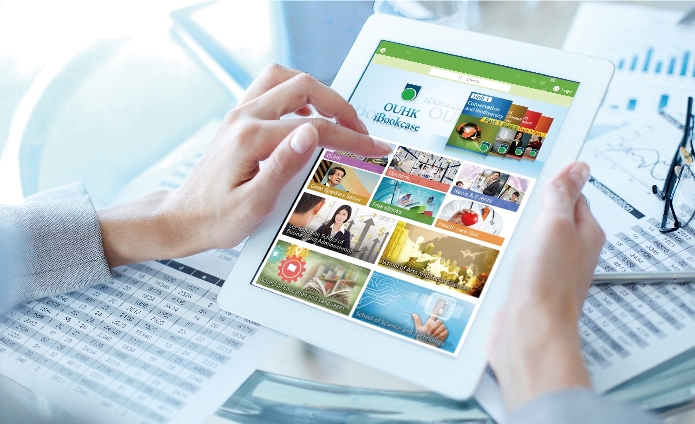 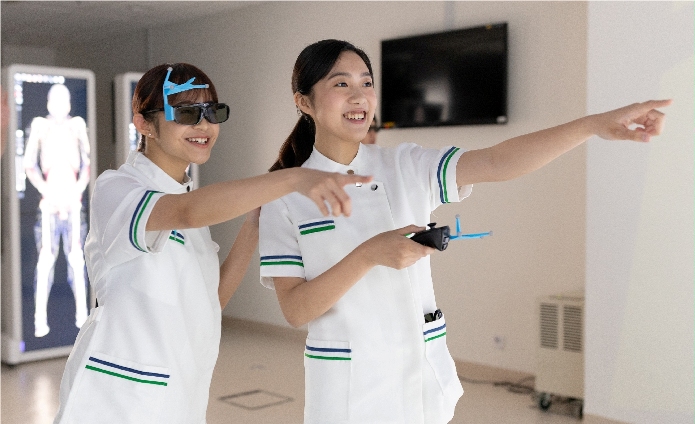 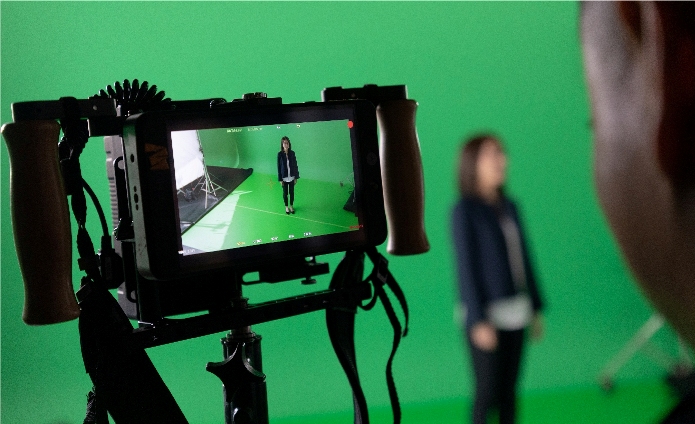 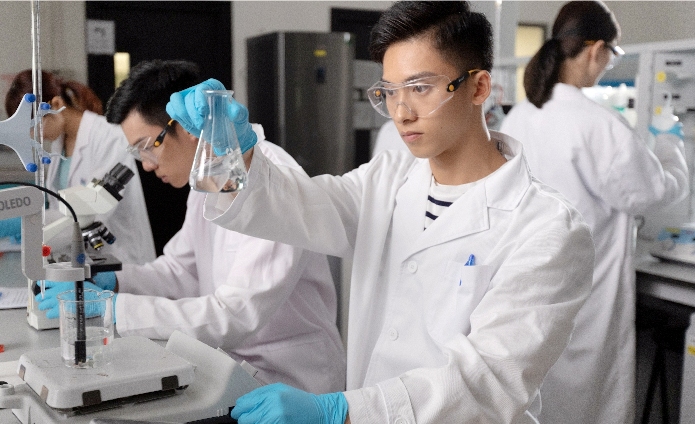 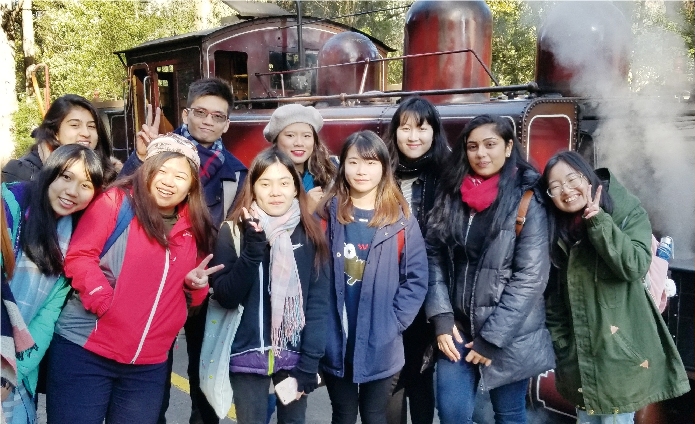 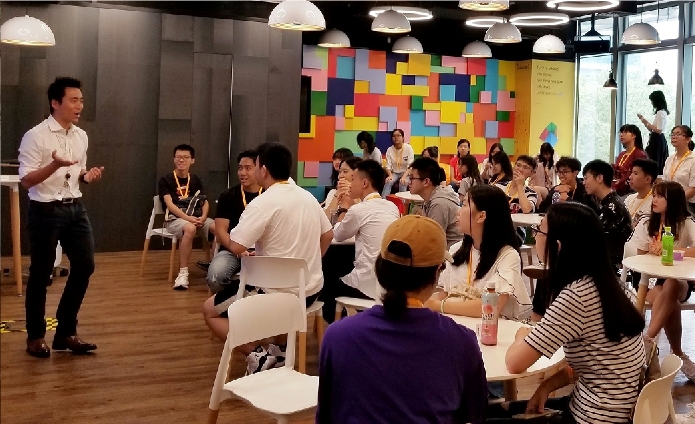 To chart the course for future development, the University has prepared the Strategic Plan (2019-2023) with the following strategic focuses: 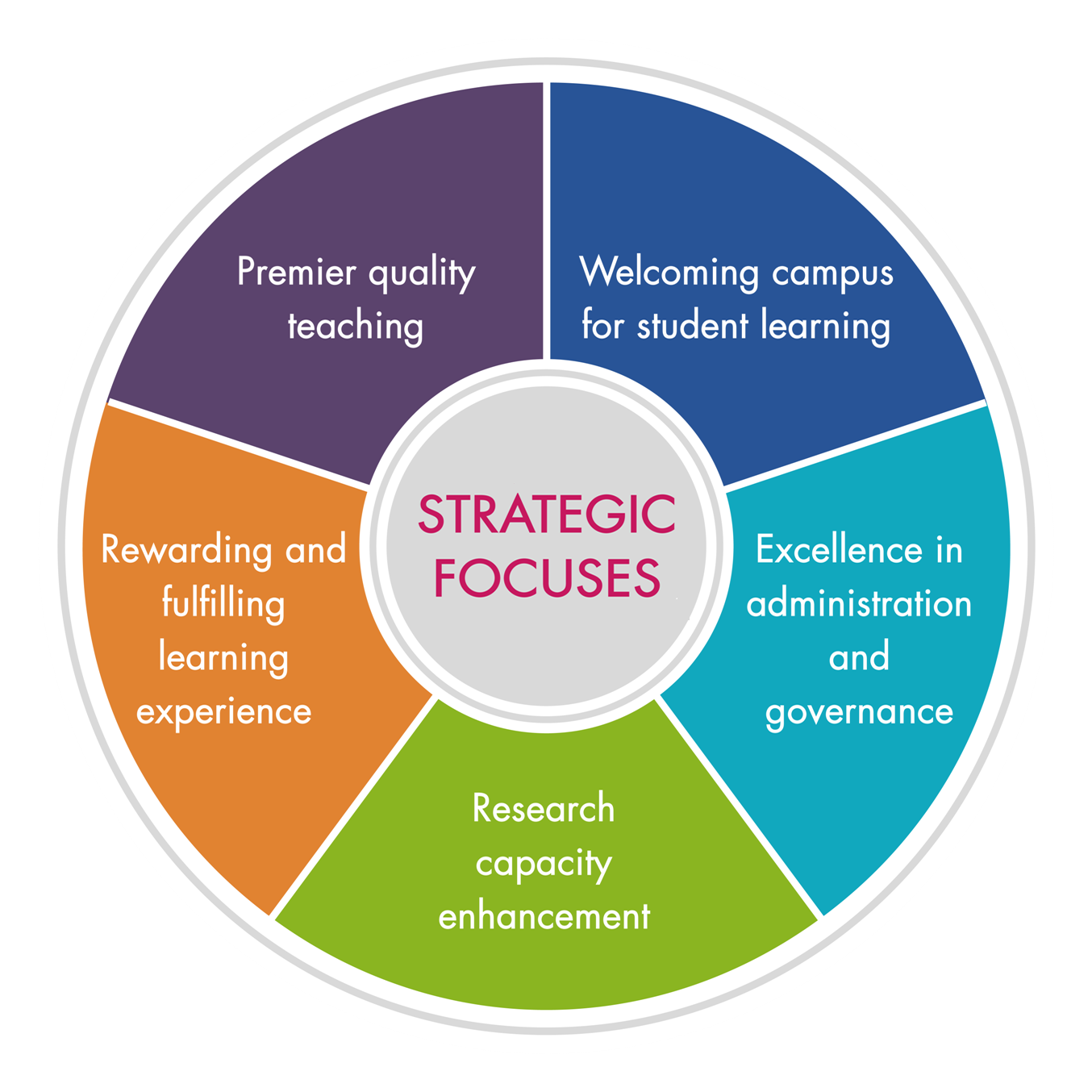 To facilitate the selection process and to invite suitable suggestions, all members of the OUHK community and the public have been invited to submit nominations for a new university title during the period from 23 August to 30 September 2020.

In response to the University’s invitation, over 1,100 nominations have been received by the end of the nomination period. The University expresses its sincere thanks to the OUHK community and the public for their support and active participation.  The distribution of participation is as follows: 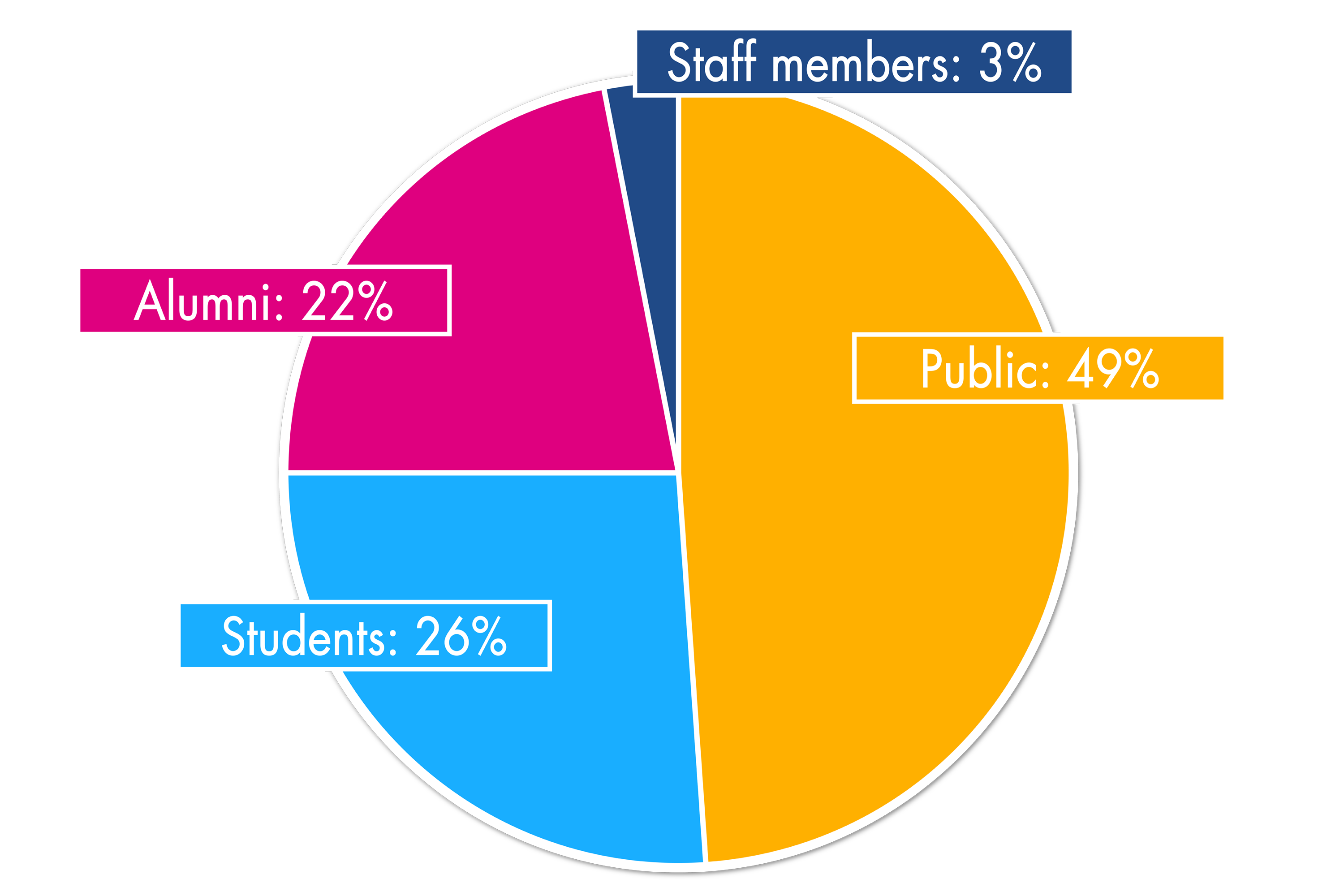 The Selection Committee considered the titles received in the nomination exercise carefully in several rounds of discussion, meetings and shortlisting:

(a) After considering the full list of nominated titles, Selection Committee members formulated a long shortlist of 51 entries.

(b) With a view to narrowing down the shortlist for more focused deliberation, members made further selection of 26 titles from the long shortlist, forming the second shortlist of nominated titles.

(c) After detailed deliberation and further shortlisting, a third (and final) shortlist of 16 proposed university titles was adopted.

(d) The Selection Committee considered the final shortlist of titles carefully. The merits and drawbacks of the various titles were examined. After thorough and in-depth deliberation, the Selection Committee finally agreed to recommend the title of “Hong Kong Metropolitan University” to the Council. The selected title was sent to language consultants for comment, and the consultants found it suitable linguistically.

The Selection Committee felt that the new title can reflect the followings:

The Council of the University approved this new title at its meeting of 10 December 2020. The process of amending the ordinance governing the University will then be started and formal approval from the Legislative Council will be sought.